My Ramblings on Drowning Instinct by Ilsa J. Bick 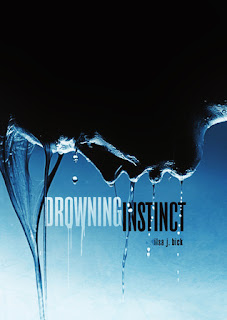 Summary:
There are stories where the girl gets her prince, and they live happily ever after. (This is not one of those stories.)

Jenna Lord's first sixteen years were not exactly a fairytale. Her father is a controlling psycho and her mother is a drunk. She used to count on her older brother—until he shipped off to Afghanistan. And then, of course, there was the time she almost died in a fire.

There are stories where the monster gets the girl, and we all shed tears for his innocent victim. (This is not one of those stories either.)

Mitch Anderson is many things: A dedicated teacher and coach. A caring husband. A man with a certain...magnetism.

And there are stories where it's hard to be sure who's a prince and who's a monster, who is a victim and who should live happily ever after. (These are the most interesting stories of all.)

Drowning Instinct is a novel of pain, deception, desperation, and love against the odds—and the rules. (from Goodreads.com)


My Ramblings:
This book is screwed up. And I mean that is the best possible way. It's was hard to read, parts were cringe worthy, and by the end I wasn't sure what to think of these characters. In other words, this book was realistic and makes you look at some of the worst parts of humanity. Things that happen all the time. Things we wish didn't happen, but they do. Things that we sometimes try to sweep under the rug, but turning a blind eye doesn't mean they don't happen.

Jenna is a very complex character. She has a horrible home life, she's had a rough time since the word go and she is still trying to get it right against all odds. She's trying to be normal, but her past has left such wounds on her that she doesn't know how to do that. When she connects to her teacher, Mitch Anderson, she finally thinks she has found someone who gets her, who sees her as a person instead of the series of horrible moments that are her life story. The thing is that you see what path these two are on before they do. You want to scream at her to get away, to see a counselor, to find another way to fill the void, but you know she won't. He is there for her when no one else is, so it's almost inevitable that things end the way they do. And you want to hate the guy, but Bick writes him in a way that allows for some sympathy to creep in. Absolutely he is a predator, he looks for young girls who need him and he plays to that need. These are the cringe worthy parts. however, they way he is shown allows you to see why he is that way, the things in his past that drove him to be that way. You get a sense that he isn't trying to prey on young girls as much as he is trying to fill a void too. I wanted to scream at him the same things I wanted to scream at Jenna. I wanted him to get away, see a counselor and find another way to fill the void. The whole situation was sad. And that's what made this a great book.

This is a great read. It's uncomfortable and you'll probably want to put it down, but it's a reminder that bad things happen every day to kids. Turning a blind eye (or putting the book down) doesn't help anyone.
Posted by Kate E. at 9:00 AM