My Ramblings on Breadcrumbs by Anne Ursu 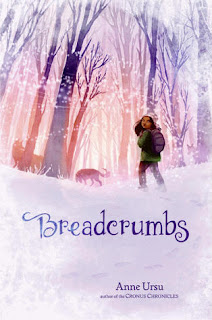 Once upon a time, Hazel and Jack were best friends. They had been best friends since they were six, spending hot Minneapolis summers and cold Minneapolis winters together, dreaming of Hogwarts and Oz, superheroes and baseball. Now that they were eleven, it was weird for a boy and a girl to be best friends. But they couldn't help it - Hazel and Jack fit, in that way you only read about in books. And they didn't fit anywhere else.
And then, one day, it was over. Jack just stopped talking to Hazel. And while her mom tried to tell her that this sometimes happens to boys and girls at this age, Hazel had read enough stories to know that it's never that simple. And it turns out, she was right. Jack's heart had been frozen, and he was taken into the woods by a woman dressed in white to live in a palace made of ice. Now, it's up to Hazel to venture into the woods after him. Hazel finds, however, that these woods are nothing like what she's read about, and the Jack that Hazel went in to save isn't the same Jack that will emerge. Or even the same Hazel. (from Goodreads.com)
My Ramblings:
This book was a bit of a mixed bag for me. I loved the concept. The Snow Queen is one of my favorite Hans Christian Anderson stories and I love seeing new takes on it. This one, aimed at the middle grade set was a great addition to the pack. We find our heroine, Hazel, struggling with her changing relationship with best friend Jack. They were inseparable, and now, he won’t even speak to her. Is it a simple case of growing up or something much more? When Jack suddenly disappears, Hazel sets out to find him, because even if he doesn’t want to be found, a friend doesn’t give up on you, even if you’ve given up on yourself.
From there it’s a classic adventure into the woods along the lines of Narnia. Nothing quite makes sense to Hazel, from the wolves that seem to be following her, to the constant ticking of the clock in the clearing, but she soldiers on. What I really appreciated was that the author acknowledges when she’s pulling from other stories, because these are the stories that Hazel loves too. The clock is reminiscent of the lamp post in Narnia, and it’s that kind of connection that draws Hazel further into that world. The world itself was well fleshed out and you got just enough magic to keep you interested, while still being invested in the relationship at the heart of the story.
The one thing that held me back from REALLY loving this book was that I felt like I didn’t know enough about some of the characters. I liked Hazel and Jack, but I didn’t feel like I really knew a lot about them. There are mentions of familial problems, but nothing concrete. We see Jack and Hazel in these dangerous situations, and they pull through, but I didn’t get a sense of what it is about them that allowed them to pull through. I wanted more. Which in the grand scheme of problems is probably not a bad one to have. I was invested enough to care, to want more information about these characters, I wasn’t ready for the story to just be over!
Overall I really enjoyed the book- it would be a great one for kids who enjoy fantasy and magic!
Posted by Kate E. at 3:38 PM 3 comments

The Right Book at The Right Time

I promise I will be posting reviews soon. I've read 15 books so far this year, but between student teaching and now studying for my certification exams, the thought of writing serious reviews is exhausting! But next week, I promise, there will be reviews! 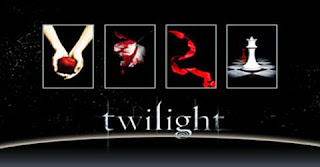