Review: The Revenant by Sonia Gensler 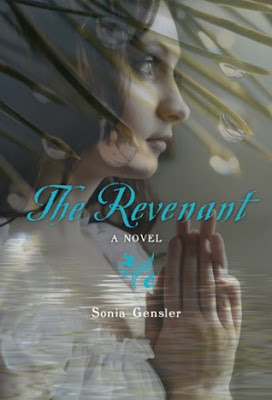 Summary:
When Willie arrives in Indian Territory, she knows only one thing: no one can find out who she really is. To escape a home she doesn't belong in anymore, she assumes the name of a former classmate and accepts a teaching job at the Cherokee Female Seminary.

Nothing prepares her for what she finds there. Her pupils are the daughters of the Cherokee elite—educated and more wealthy than she, and the school is cloaked in mystery. A student drowned in the river last year, and the girls whisper that she was killed by a jealous lover. Willie's room is the very room the dead girl slept in. The students say her spirit haunts it.

Willie doesn't believe in ghosts, but when strange things start happening at the school, she isn't sure anymore. She's also not sure what to make of a boy from the nearby boys' school who has taken an interest in her—his past is cloaked in secrets. Soon, even she has to admit that the revenant may be trying to tell her something. . . (from goodreads)

Review:
This was an interesting book for me. I was originally drawn to the book because it dealt with Indian Territory during the late 1800's which was my field of study for years and still one of my major interests. I hadn't studied the Cherokee alot, so I was really interested in reading about this piece of history. For the most part it was great.

We see our leading lady Willie run away from school to become a teacher at the Girls Seminary School instead of going home to take care of her family. She technically hasn't even graduated herself so she is inexperienced and younger then her senior class students. We see her trying to be a great teacher, inspire her students, and keep her own secret.

The mystery end of the story was wonderful. Haunted by a ghost, the girls at the school experience different levels of ghost encounters, from the simple tap, tap on a window to full fledged attacks that leave girls with broken bones. Convinced they must solve the mystery of Ella's death, Willie and fellow teacher hold seance's and do some digging of their own. When a second body turns up, the mystery is blown wide open and Willie's life is in danger, and her own secret is revealed. A huge bonus for Gensler is that I didn't realize who the killer really was until she revealed it, which is a really hard thing to do. I didn't even really suspect the actual killer, although when it was finally revealed, and I really thought about it, I wasn't overly surprised.

I enjoyed this story, but I felt it was missing alot. I felt like the author merely scratched the surface of what could have been a great story. The book ended with a section of authors notes which revealed some of her research in the Cherokee and the Seminary School. I which there was more of that in the actual story. The story made an initial point of how this was a unique school and that it outrageous for Willie to travel there on her own, but once there the story could have really taken place at any school, with any kids. We see Willie's ignorance to the culture of the Cherokee a few times, but the awkwardness doesn't last and she doesn't seem all that effected by the fact that the chool she teaches at is helping to wipe out an entire culture. A few student express this briefly, but again, it's quickly passed by. I wish we has seen more clearly the way Willie was a fish out water, both as a girl posing as a teacher and as a white woman in the Cherokee Nation.
In the end this is a great mystery, but left me feeling as though the rest of the story could have been so much better. I think the fact that I was expecting more of the Native American history that I really enjoy tainted my opinion of the book to an extent. It just didn't live up to my expectations.