My Ramblings on The Homesman by Glendon Swarthout 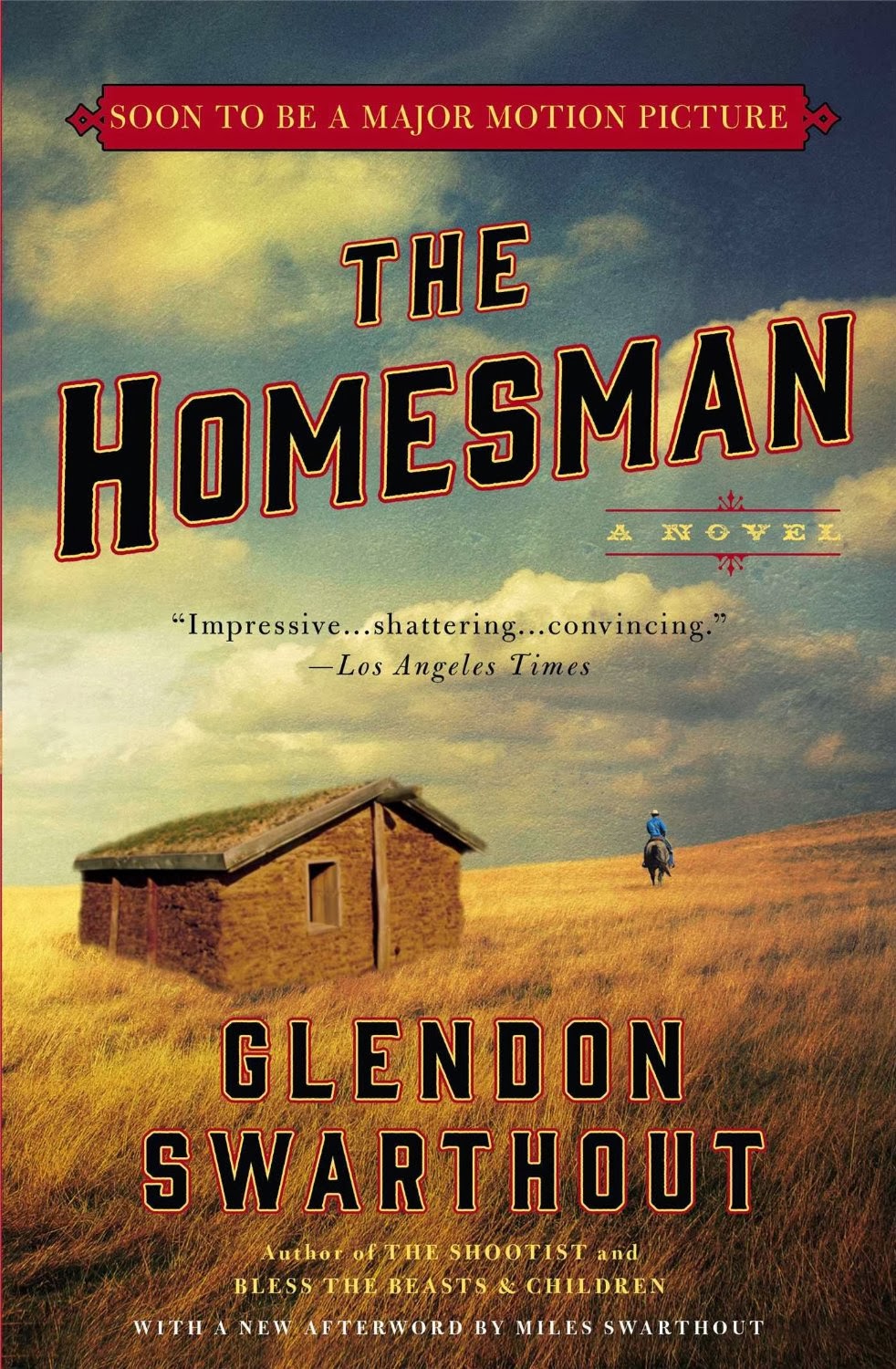 Summary:
Soon to be a major motion picture directed by Tommy Lee Jones, The Homesman is a devastating story of early pioneers in 1850s American West. It celebrates the ones we hear nothing of: the brave women whose hearts and minds were broken by a life of bitter hardship. A “homesman” must be found to escort a handful of them back East to a sanitarium. When none of the county’s men steps up, the job falls to Mary Bee Cuddy—ex-teacher, spinster, indomitable and resourceful. Brave as she is, Mary Bee knows she cannot succeed alone. The only companion she can find is the low-life claim jumper George Briggs. Thus begins a trek east, against the tide of colonization, against hardship, Indian attacks, ice storms, and loneliness—a timeless classic told in a series of tough, fast-paced adventures. (from Amazon.com)

My Ramblings:
I grabbed this book at the airport on my way home from vacation. I liked the cover and I really liked the idea that this was going to be a movie coming out soon. I was also surprised when I saw the books that Swarthout had written, some have become great movies (like The Shootist) and I hadn't read any of his books.

This was a great book. I really enjoyed the characters and it was a story I hadn't really heard before. The book focuses on women who have come west with their husbands and families and for one reason or another have fallen onto hard times and gone insane. No longer able to take are of themselves or stay with their families they are shipped back east with a Homesman. In this case a woman, Mary Bee Cuddy, steps up and volunteers to bring the women east. She soon picks up a claim jumper named Briggs and essentially strong arms him into accompanying her.

What I liked about this book is that it covers a lot of ground without a lot extras, but the story keeps moving forward and stays interesting. In little vignettes we learn about all the trouble that can befall the people who settled the west. By looking at why the 4 women went crazy we see that the homesteaders dealt with weather, with wolves, with disease and with poverty. Out on the plains and prairie without neighbors and friends nearby, these women retreated into themselves. By meeting Cuddy and Briggs we see how a woman can survive alone (but only to an extent), how finding a husband was a necessity, how the war effected the men who served and those who stayed at home and how vigilante justice was commonplace. All of these things were woven into a story about a journey and how two people could cope with the seemingly impossible; transporting 4 insane women back east.

I really enjoyed this book and I'm really looking forward to the movie, which will star Tommy Lee Jones as Briggs and Hilary Swank as Cuddy. The rest of the cast is equally impressive with Grace Gummer, Miranda Otto, James Spader, John Lithgow, Hailee Steinfeld and Meryl Streep rounding out the cast.
Posted by Kate E. at 9:28 AM