As noted in a previous post, I also review for Eve's Fan Garden, this book (which is fabulous) I just finished up as part of a blog tour. So head on over to EFG to see all my thoughts! 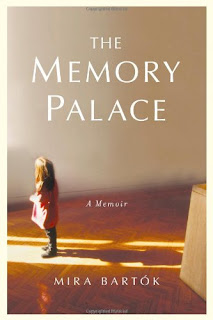 Summary:
Mira Bartok spent seventeen years hoping that her mother, Norma Herr, would never find her. A severe case of schizophrenia caused Norma to obsess over her daughters' lives- calling them fifty times a day or more, appearing unannounced at their jobs and homes, threatening them if they suggested that she gets treatment for her illness. After Norma violently attacked her daughters when they insisted she get help, Mira and her sister decided that they must change their names and cut off all contact in order to stay safe.

During nearly two decades that they spent apart, Mira traveled the world, exploring the ancient romance of Florence, the eerie mysticism of northern Norway, the raw desert of Israel- but she could not completely abandon her past. As Mira struggled to balance her alliance with her sister, her burgeoning art career, and her anguish over losing her mother, she and Norma began exchanging letters through post office boxes.

At age forty, a debilitating car accident left Mira with a terrible brain injury. She could retrain herself to draw and write, but struggle to regain memories. When she learns that her mother has been hospitalized with terminal cancer, Mira and her sister decide to visit Norma before it is too late. In those final weeks, they experience a cathartic reunion that none of them imagined possible, and Mira begins to reconnect with the memories that she feared had been lost. The Memory Palace is a stunning memoir that explores that bond between mother and daughter that cannot be broken no matter how much exists- or is lost- between them.

Teaser Review:
This book is both heartbreaking and full of hope, all at the same time. Which is quite a feat. At the heart of the book is Mira, who is trying to figure out who she was, who she is and who she wants to be. When she and her sister Natalia return home to be with their mother, Norma, in her last days, they find a storage locker full of possessions, including their mothers diaries and notebooks. Through these daily entries Mira begins to put the pieces of her past together...