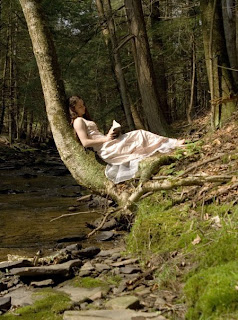 Friday Finds
Hosted by Should be Reading

Share the books you've heard about this week! I've heard about a couple this week that don't come out for months, but which already have my interest and a few that I just may have to get from the bookstore (since my library doesn't have them). I found this meme at Imagination in Focus, another great blog I follow :)

This book doesn't come out until November- but it caught my eye when I saw Kami Garcia and Margaret Stohl (Beautiful Creatures) post about it. Both say they love the book- which is a good enough recommendation for me. Add in the synopsis and I'm all in for this book. Can't wait.
In the novel, a 17-year-old girl, who has waited her entire life to be told by a group known as “the Society” who her soul mate is, has her world upended when she discovers she’s in love with someone other than the group’s pick.

This is another one that isn't out for awhile, July to be exact. It comes on the recommendation of a friend and seems really interesting. So it is one I will probably be picking up when it comes out in a few months.

Elizabeth has a new job at an unusual library— a lending library of objects, not books. In a secret room in the basement lies the Grimm Collection. That’s where the librarians lock away powerful items straight out of the Brothers Grimm fairy tales: seven-league boots, a table that produces a feast at the blink of an eye, Snow White’s stepmother’s sinister mirror that talks in riddles.
When the magical objects start to disappear, Elizabeth embarks on a dangerous quest to catch the thief before she can be accused of the crime—or captured by the thief.
Posted by Kate E. at 6:00 PM