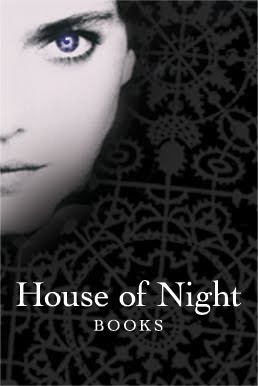 Summary: House of Night is a thrillingly engaging book series that follows 16-year-old Zoey Redbird, who gets “Marked” by a vampyre tracker and begins to undergo the “Change” into an actual vampyre. She has to leave her family in Tulsa and move into the House of Night, a boarding school for other fledglings like her.

It’s within the school’s walls that the heart of the action takes place as Zoey meets new friends, finds love, comes to terms with how her life will be different now and begins to realize her awesome new powers.

Here’s the deal though: Yes, Zoey’s a vampyre now. But she’s still a teenager – with all the humor, angst and confusing feelings any other teenager has. (from houseofnightseries.com)


Why it was banned: This series has been banned all over the place, and according to P.C. Cast's blog post of last year, it is actually the most banned series in the state of Texas! The ALA's Banned and Challenged book list for 2009 includes the following listing: the entire teen vampire series was banned for sexual content and nudity. Since the series has not been completed, “Stephenville ISD actually banned books that have not yet been published and perhaps even books that have yet to be written. There is no way the district could know the content of these books, and yet they have been banned"

From the author: P.C. Cast wrote a blog post about the challenge last fall entitled Free People Read Freely- it's worth reading the entire post, but this paragraph really stuck out for me:
"The case for writing realistically for teens is many faceted. First, there is the credibility issue. As I've said before, kids know whether you get them or not, and that's regardless of if we're talking about standing before hundreds of them in the classroom or writing for them. Also, I always write what I'd like to read, and I know teenagers too well to want to read/write Pollyanna stuff about them. And then it comes down to the fact that ignorance is not bliss. Avoiding subjects that are uncomfortable doesn't work for me on lots of different levels: I believe in sex ed. I believe in talking to my daughter honestly about life's unpleasantness. I believe in facing issues head-on with teens, even if it means I write the most banned series of books in Texas. Let's just be honest about what our kids are dealing with on a daily basis and open communication lines with them so that they don't have to face those things alone!"

My thoughts: First- to be honest I have not yet finished this series. I've read the first two books and have the next on reserve at the library- I'm 2nd in line (finally!) and I can't wait to keep reading. I have to say that I find these book really entertaining to read. Yes there are references to sex and nudity, but if we are being honest with ourselves, these are things that teens deal with. Do we sometimes wish they didn't? Of course. Should we turn the other way and pretend it doesn't exist? No. There is nothing to gain from that sort of attitude.