I have to admit that I've been a bit behind the eight ball on the blogging this summer- who knew summer break would be so busy? However, an opportunity presented itself that I simply couldn't pass by, one of my favorite book series, the Croak Trilogy, is coming to to an end soon and today I'm happy to share a post from author Gina Damico! If you haven't had a chance to read these books you should absolutely get on it. Not only do I love this series, but I can't keep in on the shelf in the Middle School Library I work at- Damico manages to combine mystery and wit in a pretty tight package that keeps you on the edge of your seat. I for one can't wait to get my hands on book three, Rogue.

So, without further ado, Gina Damico!

From now until ROGUE's release on September 10th, each stop on the tour will reveal an image that represents a chapter in the book - could refer to setting, plot, an important object, mood, or whatever other diabolical visualizations with which I feel like tormenting my dear readers. Each image also contains a hidden letter...though really, they're not that well hidden. (If you have eyes, you should be able to spot them.) Collect the letters every day, and at the end of the tour I'll hold a contest, the winner of which will receive signed and annotated copies of the complete trilogy. (For a complete description of the contest, tour schedule, and links to the stops you might have missed, check out the blog tour page on my website.)

This photo is for Chapter 6. I will let the image do the talking. 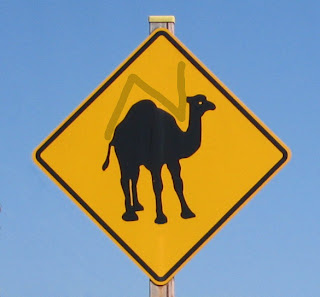 Thanks for having me! Good luck everyone!

Teenage Grim Reaper Lex’s power to Damn souls is getting out of control. She's a fugitive, on the run from the maniacal new mayor of Croak and the townspeople who want to see her pay the price for her misdeeds. Uncle Mort rounds up the Junior Grims to flee Croak once again, but this time they're joined by Grotton, the most powerful Grim of all time. Their new mission is clear: fix his mistakes, or the Afterlife will cease to exist, along with all the souls in it.

The gang heads for Necropolis, the labyrinth-like capital city of the Grimsphere. There, they discover that the Grimsphere needs a reboot. To do that, the portals to the Afterlife must be destroyed...but even that may not be enough to fix the damage. Things go from bad to worse, and when at last the fate of the Afterlife and all the souls of the Damned hang in the balance, it falls to Lex and her friends to make one final, impossible choice.

So you get a little something for yourself and something to share!
Entering is easy- simply fill out the form the below! Contest runs until Friday at midnight and all normal contest rules apply. For those of you not in the US, good news, this one is open internationally!

Good luck and happy reading!
Posted by Kate E. at 8:00 AM